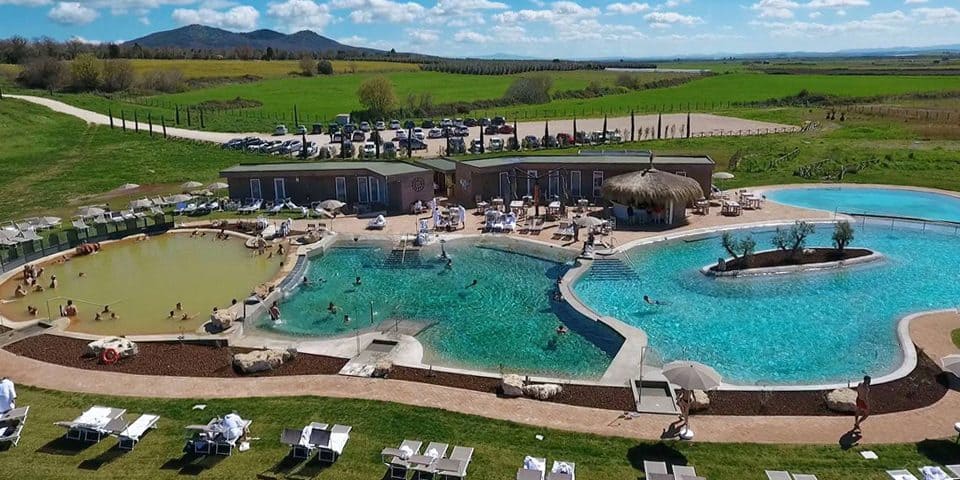 Luxury Italian Villa means waking up at Villa Zen. The mansion you have reserved on the Tuscany Coast is always magic. A quiet breakfast on the veranda, the light engulfing the hills down to the sea, the birds chirping. It is hard indeed to leave this haven of peace and relax, but today we feel like getting “cuddled” in other ways. We… “warmly” recommend you the hot springs in Vulci, framed in a breathtaking surrounding, the ideal destination for a day excursion, just half an hour drive from Villa Zen.

1400sm of pools with natural spring water between 30° and 42°C, naturally carbonated, rich in mineral salts and microbiologically pure. Four large sinuously shaped pools, with water of different colours and temperatures, three olive trees at the centre of the main pool, wood and local stone skillfully employed, an elegant club house, the rolling countryside of the Maremma at the border of Tuscany and Lazio: at Vulci’s thermal springs there is more than enough to regenerate your body and relax your mind. But also to profit from thermal treatments, as these waters are a real nostrum in the treatment of arthrosis, rheumatism, skin and blood flow diseases. 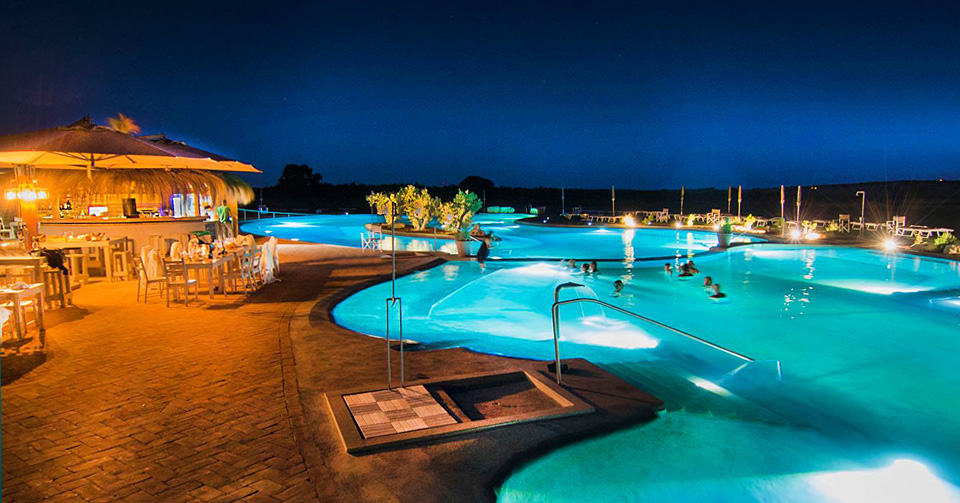 Wellness flows from the natural spring

Vulci’s hot spring was exploited ever since the Etruscan era, thanks to the healing and beneficial properties of its thermal waters. Later, even Romans benefited from them, building the first thermal baths which included calidarium, frigidarium and tepidarium. But some private villas had thermal pools, too, as several archaeological findings in the area can prove. Vulci’s thermal springs were appreciated also in following ages. Luciano Bonaparte, Napoleon’s brother, had a thermal spa built in the 19th century, with a pool fed by a natural spring.

Swimming under the stars

In summer, Vulci’s thermal springs are open until late at night: a must-do experience, enjoying blazing sunsets and then swimming under a starry sky. 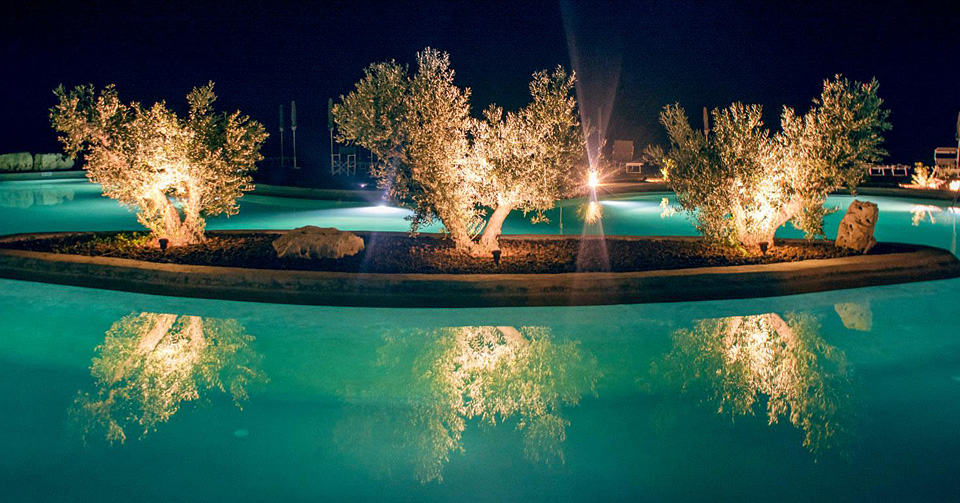 In the nearby Vulci Archaeological Nature Park the landscape changes completely. We wander among well preserved remains of the Etruscan/Roman universe of Vulci, one of the largest city-state of Etruria, strongly developed as a marine and commercial centre: a surprising microcosm complete with houses, monuments, meeting places, public baths, underground necropolis with amazing frescoes. In the fascinating Archaeological Museum we admire objects discovered in tumbs as well as in houses: funerary urns, statues, jewels, pottery, weapons and toys thousands of years old.

Horse riding and canoe excursions along the Fiora river

After visiting the archaeological site, we roam in the unspoilt surrounding nature, along the paths meandering in the woods of the protected area, crossing the volcanic rock canyon carved by the Fiora river, cutting through the plain where Maremma cows and wild horses graze undisturbed, according to ancestral rhythms. 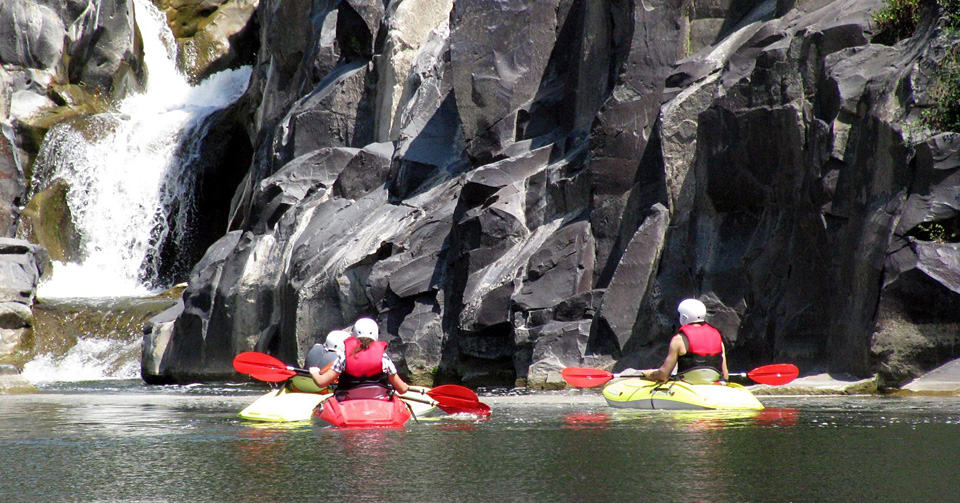 And we realize that there are not many other places in our country where such a deep mix between ancient history and nature can be found. Starting in spring and all summer long, Vulci Archaeological Nature Park boasts an agenda rich in events, organizes horse riding excursions, canoeing on the river Fiora, guided night tours, sensorial walks. At Villa Zen you will find all the necessary information in order to choose your tailor-made excursion.

Book your stay at Villa Zen, a Luxury Italian Villa strategically placed to explore the Tuscany Coast and the hinterlands, abounding in naturalistic, panoramic, archaeological and enogastronomic fascinations. 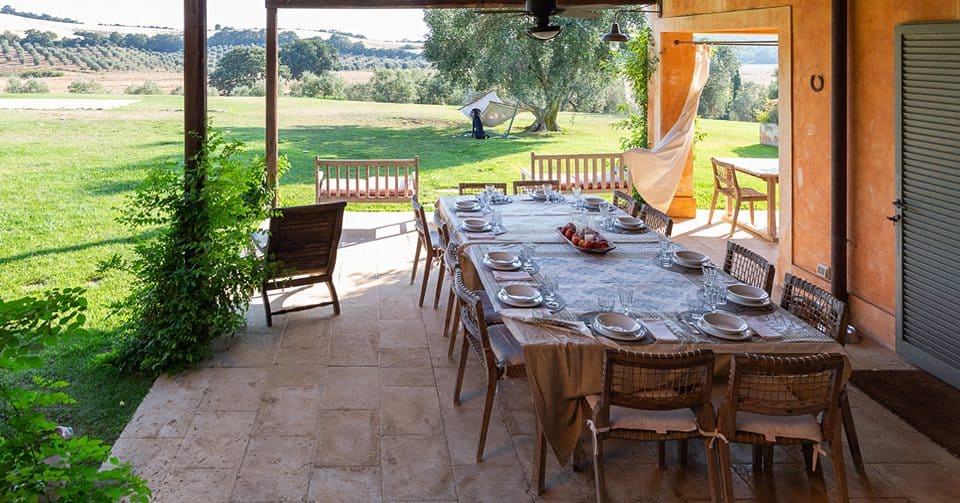 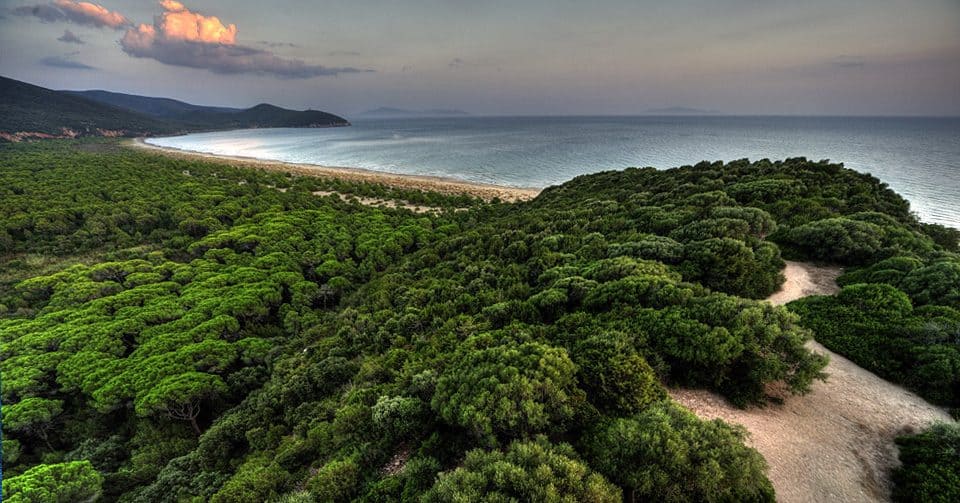